It’s been since November since I participated in My Sexy Saturday, but I’m thrilled to join up with the wonderful gang today! I’m sharing from my new release His Human Rebel.

His eyes narrowed as he studied her face as if to determine culpability. “Sex is not a commodity between us, little female,” he growled. “It’s not something you trade or use to manipulate. You already belong to me.” He knocked her feet apart, shoving one hard thigh between her legs and pulling his knee up until he lifted her to her toes, suspended by her crotch. She rocked her pelvis forward, grinding her clit against the solid muscle. “If you get my cock, it’s because I decide you deserve it. Understand?”

She sucked in a breath, too shocked to speak. White-hot anger flooded through her, along with a trace of fear, but behind it came fully charged lust, which overpowered her indignation. He doesn’t mean it, she chanted to herself. This was the way he approached sex. She’d seen last night how he liked to dominate. And still her hips undulated over his knee, as if he’d been offering her sex instead of threatening to deny it.

She moistened her lips, knowing it would catch his attention, loving the hungry way he stared at them. “Wh-what do I deserve tonight?”

His cock lengthened against her belly. When his mouth descended on hers, flames erupted behind her eyes, turning her vision to a lustful haze of sparking lights. He dragged his open mouth over hers, sucked her lower lip, nipped it. Magically, he had both her wrists pinned with one hand as the other cupped her throat, squeezing only enough for her to register the threat, not enough to hurt or actually block her windpipe. Her pussy clenched as she neared orgasm from a kiss, alone.

She’d thought she knew what sex was all about. Had practiced with a few partners—other slaves at the factory. But this—what Lundric did to her—proved she’d never left the training ground. She knew nothing about blind pleasure, bone-melting desire, a willingness to give herself over to a male who wasn’t even remotely safe. He bit her lower lip again as he pulled away and stared down with a heavy-lidded gaze.

She’d been wrong. His irises weren’t brown—they were violet. And his horns had thickened and leaned toward her, as if they, too, wanted to dominate.

“Oh I definitely think you deserve a vecking,” he rumbled. With his body flattened against hers, his deep voice reverberated through her, sending shock waves down her inner thighs to her curling toes. He nipped her earlobe. “Long, hard and from behind. While you shower. Come on.” 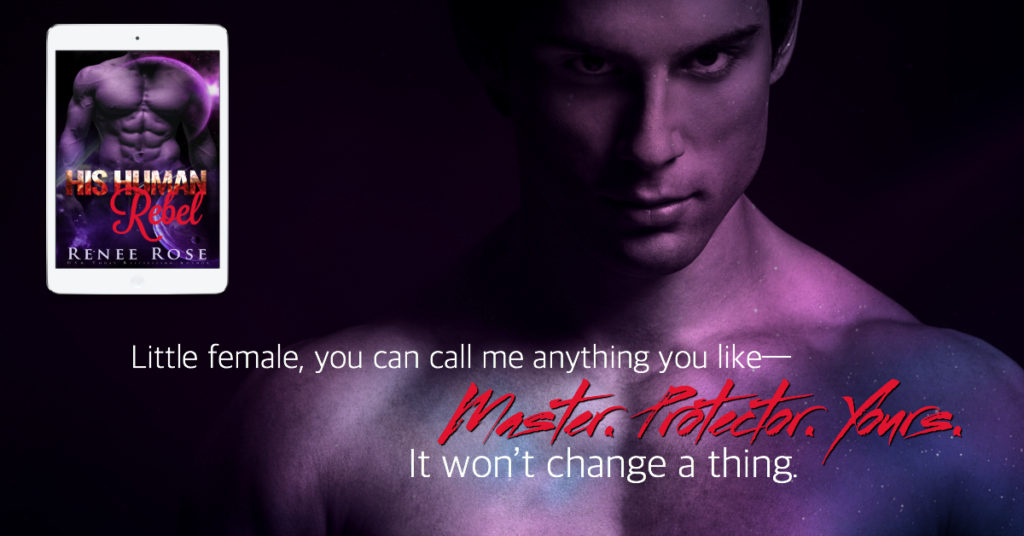 CONSCRIPTED BY AN ALIEN ARMY, SHE PLOTS HER ESCAPE…

Cambry doesn’t believe the aliens’ propaganda for one minute. The Zandians may have saved her from one death, but they planned to send her to another. She bides her time, waiting for her chance to get away and find her brother, enslaved by a different species. The only thing she didn’t count on was Lundric, the tempting Zandian warrior who, for some reason, decided she was his female.

Lundric knew the fierce little rebel Cambry belonged to him the moment he saw her toss that auburn hair in defiance. He knows she hasn’t accepted him or the Zandian’s cause, but he vows to win her, no matter what it takes. But when Cambry steals a ship and attempts to escape, even his harshest punishment may not restore the trust between them.

Publisher’s Note: This power exchange story contains dominance and submission, spanking and explicit sex scenes. If such subject matter offends, do not buy this book.

Check out all the My Sexy Saturday participants!