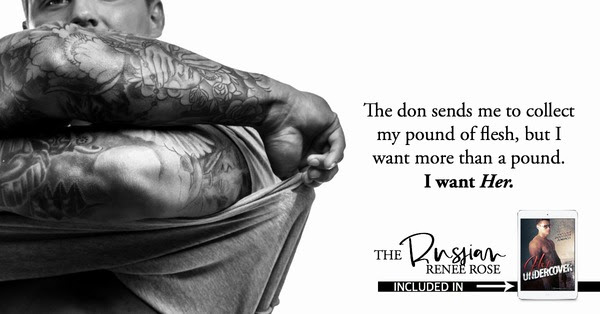 My novella The Russian, featured in Hero Undercover (live today!) features a bad boy Russian mafia enforcer (actually undercover with the FBI) who falls in love with the woman he’s supposed to be roughing up.

My inspiration came from a couple recent movies. Have you seen Child 44 with Tom Hardy? (and does anyone else have a Tom Hardy crush?) The scene where he holds his wife against the wall by the throat and punches the wall beside her? SWOON. I can’t find a clip of it on YouTube, only this one. (Some other time, let’s talk about the new Mad Max with Tom Hardy…loved the sex slave aspect of course).

The other movie inspiration was The Man from U.N.C.L.E. I love the passionate glowering Russian. And of course, I adored the scene with a spanking threat! 🙂 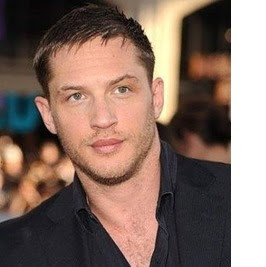 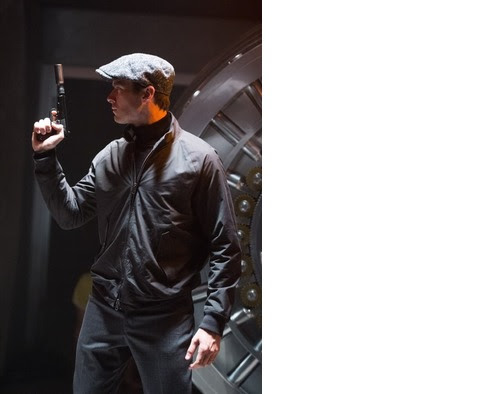 Here’s a little scene with MY passionate, glowering Russian. 🙂
The club was packed, and the music was pumping. No one even noticed her crawling under their tables. Or if they did, no one reacted quickly enough to say anything. She emerged at the end of the line of high tops, just feet from the door. The alarm would go off if she went out of it, but the bouncer was there, and he could disable it.
She made a mad dash for him, but a strong arm caught her around the waist and dragged her back against six feet of solid muscle. Fear coiled with something else—dark interest in the man who’d captured her.
The bouncer started toward them, but then recognized Yuri and paled. He shot her a “what should I do?” look.
Not wanting to get him killed, she looked away.
Yuri wrapped one hand around her throat. He didn’t squeeze, but used it to pull her head back against his chest, the threat of asphyxiation obvious and clear. “Little DJ,” he spoke directly in her ear, his thick accent so much sexier that way, “I would love to let you sneak out the back door, except for two things.”
She cursed the trembling in her limbs, which she was certain he felt. To make it worse, his hand at her waist started to roam, slipping inside her tank top and skimming across her belly. It sent ripples of heat and tremors cascading down her inner thighs. “Wh-what things?” she managed to breathe.
His warm palm coasted over her skin, up to one breast, which he squeezed through her bra. Back down to the waistband of her jean skirt, where he insinuated his fingers. “One. Nobody gives me the slip, so the boys would know I let you go.” His lips pressed against her ear so it seemed like he spoke right into her very cells. His fingers wriggled deeper into her skirt, making her clit come alive with the nearness. “And two, I can’t let another one of Don Diego’s thugs pick you up instead of me. Then I couldn’t protect you.”
She wrestled with her breath, trying to even it out, slow it down before she hyperventilated. “P-protect me?”
He couldn’t wedge his fingers any further into her skirt, so he settled for grasping the top of her panties and pulling up, tugging them into the seam of her sex, the fabric threading over her pulsing nub. “Yes. Come with me now. I promise I won’t let anyone hurt you. You have my word.”
A shiver ran through her, but it wasn’t of fear. There was a solemnity to the oath he uttered that made goosebumps stand out on her arms. She’d long suspected the Russian had a thing for her and this seemed to confirm it.
He gave one last tug of her panties and eased his hold on her, turning her around to face him. “Come.”
~The Russian by Renee Rose in Hero Undercover
BUY NOW while it’s still just 99 cents! ♥
AMAZON | B&N | iBooks
All publisher profits will go to charity!