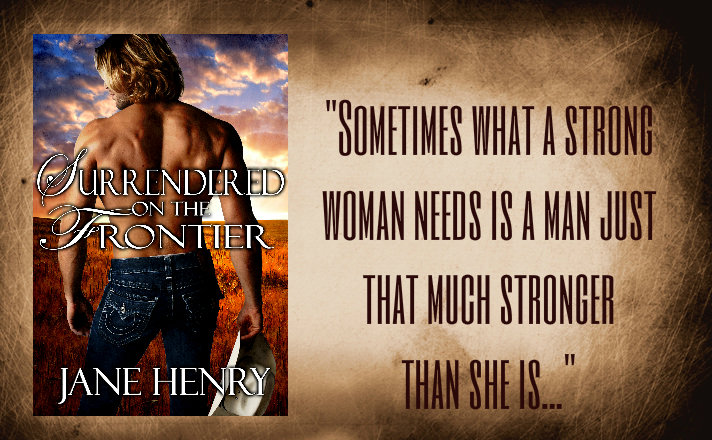 After the untimely death of her harsh, overbearing husband left her a widow at the age of twenty-three, Ruth Watson vowed that she would never depend on a man again, let alone submit to one. The hard world of the frontier is no easy place for a woman to make her own way, however, and when the tough, handsome Samuel Stanley takes it upon himself to look out for her, Ruth is ashamed to find that a part of her longs to surrender to his firm but loving dominance.

Though Samuel itches to tame the headstrong Ruth, he is able to hold himself back until she loses her temper and hurts her best friend. Seeing her riddled with guilt, he at last puts the beautiful little spitfire over his knee and spanks her hard and thoroughly. The stern punishment leaves Ruth not only properly chastened, but burning with passion as well, and when Samuel takes her in his arms she yields completely to his mastery of her body.

Samuel makes it clear that from now on Ruth’s impetuous behavior will have consequences, but in her heart she wonders if he will grow tired of protecting her from both herself and the dangers of the frontier. Can she bring herself to trust him to be the man she has always needed, or will her fears bring an end to their blossoming romance?

Publisher’s Note: Surrendered on the Frontier is a stand-alone sequel to Claimed on the Frontier. It includes spankings and sexual scenes. If such material offends you, please don’t buy this book. 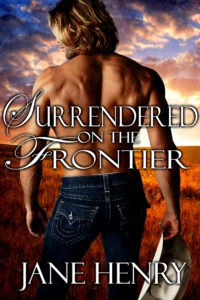 Until then, I’d never been desired like this, in a way that made me feel attractive and beautiful. With my husband, I was merely a vessel for him to use to satisfy his base desires. But for Samuel, it was different. He hungered for me even his firmest touches were gentle. Right then, I’d have allowed him to have his way with me. I’d have refused him nothing.

“You beautiful, reckless, naughty little girl,” he whispered in my ear.

“When you’re with me you are.”

My lady parts tingled as one large hand wrapped around my waist and pulled me closer to him. His mouth on mine again, we kissed as his hand kneaded my breast, one firm thumb encircling my nipples straight through the fabric.

I knew I should have protested. I should have insisted he court me, or sent him on his way. But I did not care that we were not married. Samuel made me feel wanted for the first time in my life, and I yearned for more.

I was pinned beneath him now as he kissed me, bracing himself over me with one hand so he wouldn’t smother me, while the other was hiking up my skirts. My thighs clenched together in anticipation as I felt the warmth of his hand on my stocking. Blast the layers of clothing I was wearing! He smoothed a hand over my drawers. My hips bucked. The intensity of my arousal had me near tears.

“Please,” I begged, conscious of the desperation in my voice.

“Sit up,” he ordered. “Undress yourself.”

Hastily I obeyed, until I was wearing nothing but a thin chemise and drawers.

I moaned in reply, as he laid me back down, lowering himself over me again, his lips insistent and probing. He kissed me as he pulled my drawers down, dipping a finger between my legs to my most sensitive parts. My breath caught in my through as he stroked me. The feeling was exquisite.

“Spread your legs, honey,” he whispered. I obeyed, while he stroked me, his other arm holding me close to him while we kissed. Two fingers plunged into my core. I gasped from the sheer pleasure before he went back, stroking me. I was going to lose control, with Samuel holding me tightly next to him. In minutes, the release coursed through me, waves of ecstasy meeting in a delicious crescendo as he stroked and pumped my sex. He kissed me slowly, softly, holding me until the delicious spasms passed.

“You feelin’ better?” he whispered.

He chuckled. “No, but that’ll be for another day. Today was about puttin’ you in your place.”

“It is. You’ll question me now, woman?” he said with a raised brow.

“No, sir,” I said, closing my eyes as he lowered himself onto the bed next to me.

He chuckled. “Now are you gonna be a good girl, get yourself dressed, and come bake me one of your cakes, or am I gonna have to toss you over my shoulder and carry you on over?”

“You and your taunts,” I muttered. “Toss you over your shoulder! Spank your naughty little bottom!”

He tilted a head to me. Though his eyes twinkled, his voice was stern. “Oh, honey, those weren’t threats. Now get yourself dressed and let’s go before I prove that to you.”

Not in the mood to test him, subdued after he’d brought me to ecstasy, I obeyed.

Other books by Jane Henry:

A Thousand Yesses: They are best friends…can they be lovers?

Begin Again, book one in the Bound to You trilogy: A desperate wife pledges her obedience to an online dominant.

Come Back to Me, book two in the Bound to You trilogy: Meredith and Paolo attempt a weekend of intense training to adapt to their new lifestyle of dominance and submission.

My Dom: Curiosity drives Heidi to yearn for a taste of her amorous neighbor’s kinky pursuits.

His Submissive: Matteo agrees to be Hillary’s Dominant…under certain conditions.

Her Protector: Can Tony be the Dom Tessa needs?

Claimed on the Frontier: Stern frontiersman Aaron Stanley is determined to protect his headstrong new bride, even if means taking her firmly in hand.

Jane has been writing since her early teens, dabbling in short stories and poetry. When she married and began having children, her pen was laid to rest for several years, until the National Novel Writing Challenge (NaNoWriMo) in 2010 awakened in her the desire to write again. That year, she wrote her first novel, and has been writing ever since. With a houseful of children, she finds time to write in the early hours of the morning, squirreled away with a laptop, blanket, and cup of hot coffee. Years ago, she heard the wise advice, “Write the book you want to read,” and has taken it to heart. She sincerely hopes you also enjoy the books she likes to read.