Happy Saturday! I couldn’t be more excited about my new release, The Alpha’s Promise. I seriously think it’s sexier than any book I’ve written. The chemistry between these two is off the charts!!  Here’s a little taster. 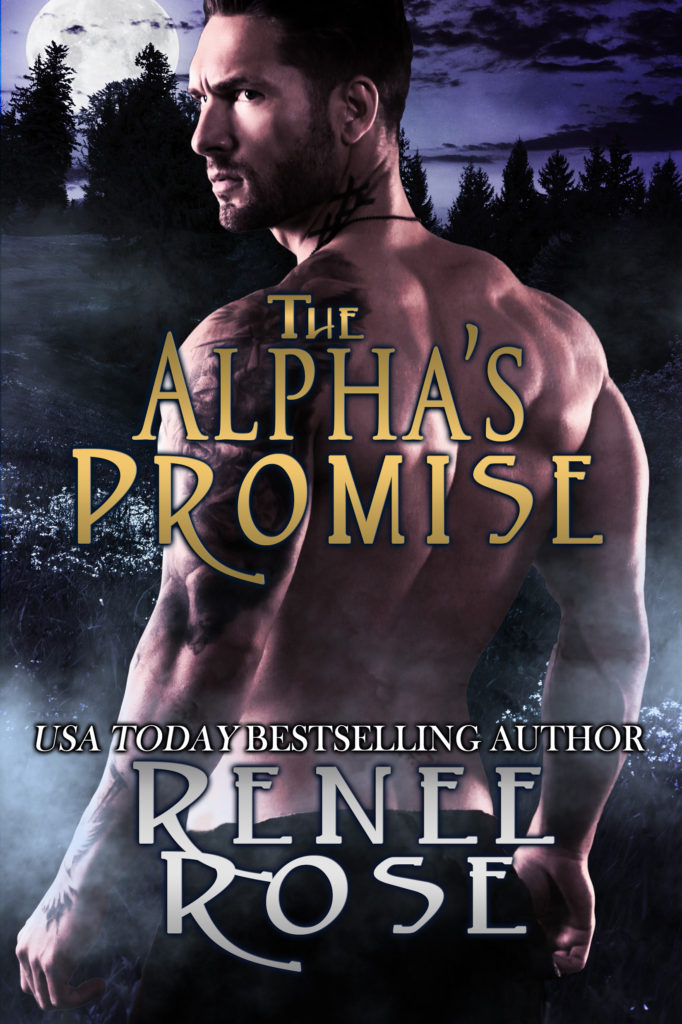 “If you try to leave here, I’ll spank you until this perfect ass is red and your sweet little pussy is dripping wet.”

Pink stained her cheeks. Her exhale sounded shaky. She didn’t look at him, but remained in the position he’d put her, staring at the wall. The heady scent of her arousal told him he’d already achieved the second goal. And damn, he’d never wanted a human this badly before.

“Let me know when you want me to take care of that ache between your legs,” he murmured, then stepped back.

After one loser boyfriend too many, Melissa Bell is done with bad boys. So when her ex puts her life in danger once again and a buff, tattooed alpha shifter shows up to rescue her, it’s the last thing she needs.

Cody quickly finds himself wishing that he’d never made an alpha’s promise to keep the sexy human safe, but for some reason his inner wolf craves her more than his next breath. Will his own pride push her away forever, just when he realizes he can’t live without her?

Coming to other retailers shortly

Read all of the Saturday Spankings!

Read all of the My Sexy Saturday snippets: