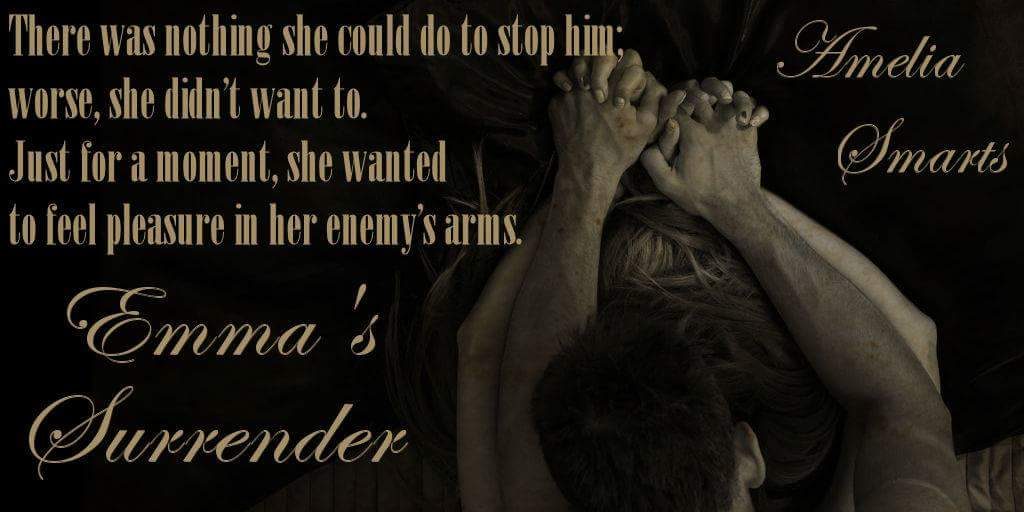 How completely he had mastered her, when even the pain he inflicted felt like pleasure.

When twenty-year-old Emma Brookstone arrives in the town of Bannack, Montana, she seeks out the local marshal, intending to enlist his help in uncovering the truth regarding her father’s murder two years earlier. Upon meeting the marshal, however, she is shocked and dismayed to discover that he is none other than the man who gunned her father down that fateful night.

Though Clive Brookstone was an evil man who needed killing, the knowledge that he left a young woman orphaned tore at Nathan Haskin’s conscience from the moment he pulled the trigger, and he has secretly provided for Emma’s needs since that day. Certain that hearing about her father’s legacy of lawless violence would break her heart, he concealed it from her, but now that she has returned to Bannack her persistence eventually prompts him to tell her the full story.

To make matters more complicated, Nathan finds his desire to protect Emma quickly growing into a powerful need to tame and possess her, and when her foolish behavior puts her safety at risk he doesn’t hesitate to take her in hand and spank her soundly. His stern chastisement leaves her furious yet helplessly aroused, and it isn’t long before he claims her hard and thoroughly.

In her heart, Emma knows what Nathan tells her is true—that her father’s death was just—but writhing in ecstasy as she is utterly dominated by the man who killed him fills her with shame nonetheless, and she does her best to deny her lust for the handsome marshal. Will the day ever come when she can put aside the past and surrender herself fully to the man she once hated?

Read the First Chapter for Free on Amelia’s Blog: https://ameliasmarts.com/emmas-surrender-by-amelia-smarts/

“You can’t do this!” she snarled at him. “I am not your… plaything!” she spat. “Or your pet. You can’t command me and expect me to roll over like a dog.”

His eyes narrowed into a predatory stare, and he chuckled darkly. “I can, I will, and you should know better than to come between a wolf and his meal, pet,” he said, using her own word. 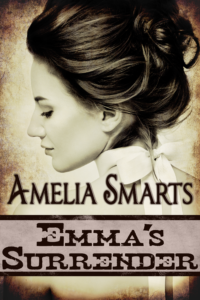 He drew himself up so that he stood towering over her. With a callused hand, he grabbed an ankle, flipped her on her stomach, and gave her bottom a smack. She let out a surprised squeal when his hand fell again, stinging the same place. He continued to strike the flat of his palm in measured splats across each cheek. She yelped at each swat but enjoyed the punishment so much that she pressed her bottom into his hand every time it fell. How completely he had mastered her, when even the pain he inflicted felt like pleasure.

His victorious laugh filled the room. “Oh, you’re a naughty one, aren’t you, pet?” he said as his palm crashed against her bare skin for the final time.

When she didn’t answer, he wrapped his hand around her hair and tugged her head up so that they were cheek to cheek. “Aren’t you?” he growled.

“Yes!” she gasped, her scalp and bottom tingling, her stomach somersaulting.

The stubble of his beard scraped her cheek lightly as he moved his lips to the shell of her ear. “Say it,” he said in a harsh whisper. “Say, ‘I’ve been a bad girl, trying to deny what I want to the man who can give it to me.’”

Other Spanking Romances by Amelia Smarts

Corralling Callie – Jude has his hands full with Callie. She’s sassy and disobedient, but when she puts aside her foul-mouthed, defiant façade, the real Callie is as sweet and kind as she is beautiful. http://amzn.to/2iPVdPB

Claimed by the Mountain Man – Jack’s stern chastisement and bold mastery of her body leave Nettie begging for more, but is she truly ready to give up her freedom to be claimed by the mountain man? http://amzn.to/2b5SymF

His Little Red Lily – Innocent farm girl asks repeatedly to be hired as an entertainer, but the saloon owner has different ideas about where a stubborn, disobedient little girl belongs. http://amzn.to/1TouqoF

Fetching Charlotte Rose – A proud young woman learns lessons in love and safety when a no-nonsense man sweeps her off of her feet… and over his lap. http://amzn.to/1U3FCJJ

I’m an author of romance novels featuring domestic discipline/spanking. Usually my stories involve a cowboy, and they always involve a man’s firm hand connecting with a woman’s naughty backside. It’s important to me that I tell a good story in addition to portraying hot sex and discipline scenes. I write complex, flawed heroes and heroines who struggle and succeed in their journey to love and happiness. If you’d like to talk books with me, feel free to drop me a note at amelia_smarts@yahoo.com. Happy reading!