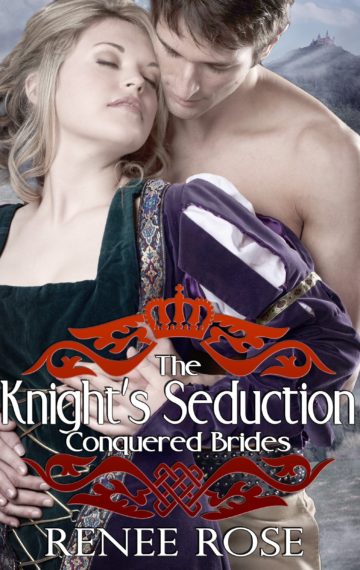 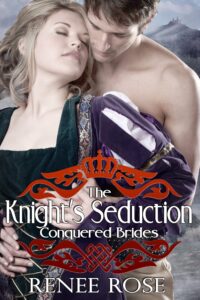 Avowed to never again yield to a man’s ill-treatment, Lady Daisy stands ready to fight to the death when the castle she has long called home is sacked by an enemy army. The imposing knight Sir Barrett has other ideas, however, and to her dismay, Daisy soon finds herself not only disarmed, but soundly spanked as well.

Sir Barrett takes her as his captive bride, but when she shows real terror at the prospect of consummating their marriage, he offers her a bargain. She will offer her body to him and accept the pleasurable torments he inflicts, but he will not claim her fully until she aches for it so badly she begs him. Certain she will do no such thing, Daisy agrees, but can she resist the knight’s seduction?

Publisher’s Note: The Knight’s Seduction contains spankings, sexual scenes, and more. If such material offends you, please don’t buy this book. This book is also available as part of a five-book collection entitled The Conquered Brides.