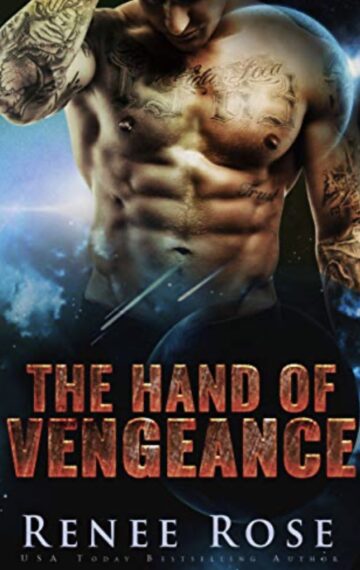 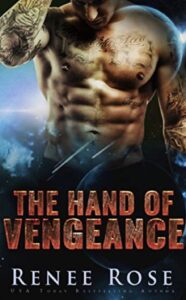 ON HIS PLANET, WOMEN ARE PUNISHED WHEN THEY DISOBEY…
Dr. Lara Simmons can handle difficult surgeries on the battlefield of a war-torn planet. She can even handle her capture by rebels who need her skills to save the life of an important figure-head. But she wasn’t prepared for being stuck out in the wilderness with Blade Vengeance, the fierce tattooed rebel warrior with antiquated views of gender roles and corporal punishment. Dominant and unyielding, he doesn’t hesitate to take her in hand when she disobeys his rules. Yet he also delivers pleasure–with a passion she’s never before experienced.

Blade finds the doctor from Earth sexy as hell, especially when she’s giving him attitude, but once he delivers her safely to headquarters, he pulls back from her allure. Known for single-handedly starting the revolution and freeing many of his people, his life is one of hardship, slavery and war. Going soft on a woman isn’t part of his plan, especially with the final strike of the revolution so close. But when he sends Lara back to Earth to keep her safe during the upcoming battle, he inadvertently delivers her into enemy hands. Can he find and save her from the revolution he caused?

Publishers Note: This power exchange story contains dominance and submission, spanking and explicit sex scenes. If such subject matter offends, do not buy this book.

“If you enjoy off-world type stories with a great pair of leads, strong attraction, scintillating sex scenes and some delicious spanking, then look no further. You won’t be disappointed. In fact, you’ll want to read it again. And again. And again.” –The Romance Reviews [TOP PICK, Reader’s Choice Award Winner]

“The Hand of Vengeance by Renee Rose has it all–a capture fantasy, a yummy dominant hero, a strong and smart heroine, and an awesome sci-fi adventure plot that’ll keep you turning the pages.” –Spanking Romance Reviews