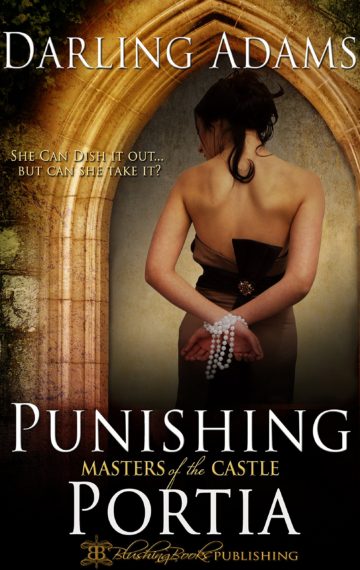 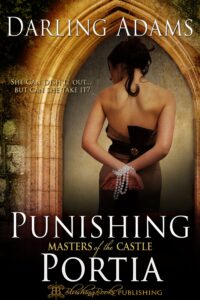 When well-known chef and restaurateur David Marone recognizes the food critic who just lambasted him in a review on the charity auction block, he bids an inordinate amount to keep her as his slave for three nights. He remembers the haughty foodie from culinary school seventeen years earlier, and relishes the idea of getting even with her for her mean-spirited review.

Portia Sands hopes the dark and gorgeous Chicago chef who won the bid for her at the Castle charity auction doesn’t know her real identity as the food critic who tore him apart in a review the week before. She finds he hasn’t changed since culinary school–still arrogant, over-confident and domineering. Unfortunately, he has the same effect on her now as he did then: reducing her to a trembling mass of jello.

When he pushes her to her limits, placing her in a cage like a pet, she discovers he knows who she is, and means to exact revenge. She considers calling the Castle safeword to end their time together, but some part of her won’t allow it. Somehow she must survive three nights as his slave and keep her heart in the process.

Originally part of the “When the Gavel Falls” Box Set Collection released in January 2015 (Amazon ASIN B00SQAUTXE)…5 full-length “Masters of the Castle” novels for one low price – $9.99.

“It’s a lovely kinky time with some modified pet-play. The story is sensual and believable from start to finish. The pet-play is well done in this one and enjoyable for those just learning about how pet-play dynamic can work.” –La Crimson Femme / Manic Readers

“There are sadists that fascinate and horrify us in literature. The kind we would never want to encounter in the light of day. And then there are the loveable sadists. The type that we crave to push our limits. The type we want to punish us and ride that fine line between pleasure and pain with. David Dean from Darling Adams new story Punishing Portia falls into the later category. He’s on the list of my all time favorite, loveable sadists. He’s just the right blend of sexy, controlled, domineeringly wicked man.” ~Aubrey Cara, Author of Taking Their Human

“Hot, sexy and fun, Darling Adams shows us that revenge is a dish served anything but cold!” ~USA Today Bestselling Author Maren Smith, creator of The Masters of the Castle Series

I have to admit when I read the blurb to this book, I was a little leery. Pet play and cages aren’t my thing – I thought. Renee Rose knows just how and how much to push the envelope. This book is very intriguing, well-written and very HOT! ~USA Today Bestselling Author, Abbie Adams